Popular among the jet set, St. Barts is home to many high-end restaurants, designer stores, and yachts, but not a lot of land or people: the population of the 9.26-square-mile island was around 10,000 in the most recent census.

With no direct flights from the U.S., this little piece of paradise in the French West Indies isn’t super easy to reach, but that’s part of its allure. Many visitors arrive by private plane or yacht, and those who go the commercial route know the treasure awaiting them at the end is worth the multi-step journey.

Arrive to the hilly, red-roofed island—after a thrilling touchdown on a short beachfront airstrip; landing here is one of the most remarkable airport experiences in the world—and you’ll instantly see what makes St. Barts such a coveted getaway. 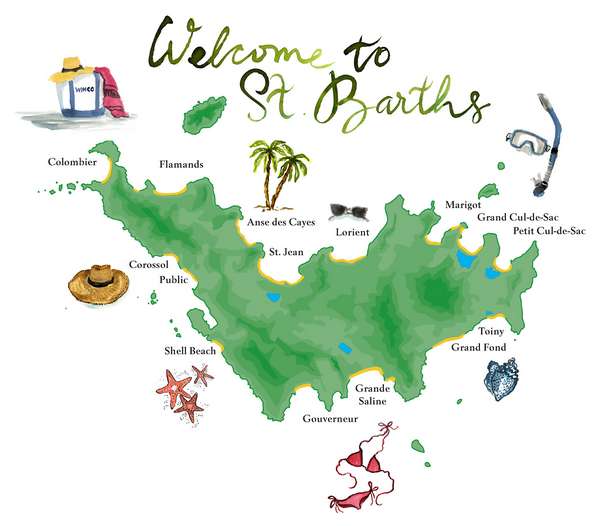 It is a pleasure to provide information and resources to foreigners considering tourism to St Barthelemy, in the beautiful French West Indies. Carefully curated - I've personally visited every business on this website! - these are my recommendations for the best hotels, restaurants, activities, shopping and more! And when you are ready to purchase a home on the island, we're happy to refer you to the most honest and experienced real estate agents. I hope you find this site useful and that we'll be welcoming you to St. Barths soon!

We promise not to send more than 6 newsletters a year.